We are always impressed by the ingenuity of the volunteers and librarians who run our groups. Some groups, including the two running at HMP Warren Hill, have figured out how to keep a virtual reading group going at this time. Here’s our first remote reading group report!

“This was our first attempt at a ‘virtual’ book group, using a templated set of discussion questions and asking for a one or two line response to each question from members. The facilitator then collated the responses into a form of ‘discussion’. This has been returned to all members for them to share and enjoy.

All members commented on the clever way that observing the world through humour and alien eyes allowed some of the most endearing (and irritating) of human qualities to shine through. And of course how love can conquer all – even an alien threat!

The contrast between an alien world of mathematics, logic and rationality and human ‘messiness’ (as Sh put it so eloquently) made for some of the most interesting feedback. Unfortunately, not everyone was optimistic that the human race could be tolerant or adaptable enough to co-exist with an alien species…

We’ve picked out some highlights from the discussion summaries below:

What did you most like (or dislike) about the book?

S: I liked the way in which many though-provoking ideas were introduced in a humorous way.

Sh: I really liked the book, I thought it was amusing, and it made me think about the strange ways we humans behave!

J: I didn’t think I would enjoy it. The humorous opening reminded me a bit of the Hitchhiker’s Guide to the Galaxy but not as well crafted. However, I’m glad I persevered because this small book contains some really big ideas about what it truly means to be human – and so many things we take for granted. Including, of course, love…

The opening to the book is comic as our alien protagonist enters human life. Which of his early realisations about humans did you find the most surprising or insightful?

A: I suppose his descriptions of the human race. He calls them hideous creatures…

Sh:  I enjoyed his appreciation of music and poetry, and his confusion about feelings – as if they were stupid – and yet later, they were what he relished the most.

K: The surprise at everyone wearing clothes and being humiliated by someone not wearing clothes. I found it a humorous take on something that is so common place and widely accepted by us, however, from an outsider looking in, why would we have developed this norm to cover up one of the most basic human elements that is shared by all i.e. our body?

Our narrator encounters many different definitions of love in the book. What makes love such a difficult, particularly human, puzzle?

Sh: Because it doesn’t make a lot of scientific sense. If it was really rational then we would love people who would help to improve our species or who it is practical to love. That isn’t often the case!

S: Possibly because it is an emotion rather than a thought, and cannot be rationalised in the way that a mathematical formula can.

J: And, as one of the poems in our next book so succinctly says, “It is what it is”. Love defies logic and science and common sense, and yet is one of the most powerful emotions of all. And I would suggest not just confined to humans, either.

One of the novel’s chapters is entitled “Advice for a Human” and takes the form of a list the narrator writes for Gulliver. What advice would you give to the human race? Write down one or two ideas to share with your group. 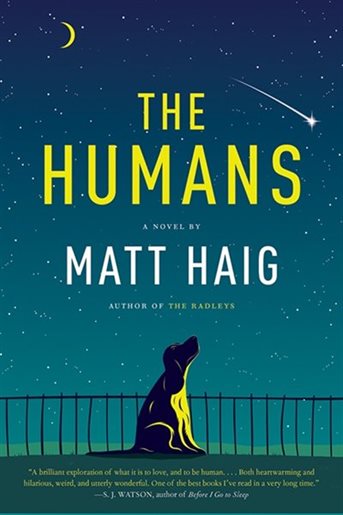 “It was interesting to see how the written responses allow for more time to reflect and assess content and
language of the feedback, as opposed to the immediacy (and I’m sure in my case, sometimes inadequacy) of the contributions in face-to-face group meetings.”