“A year ago almost to the day, three men and I started meeting once a fortnight, for an hour at a time, to read The Girl on the Train.  To our great joy we finished the book this week.  A massive sense of achievement.  Only one of the original members of the group, D, still remains as members have moved on to different prisons but he has actively recruited new members who have picked up the challenge, valiantly.  It is no exaggeration to say that it is thanks to him (and a really wonderful prison officer who provides a good space for us on the wing) that the group did not fold early on.   In fact, D told me the other day that he is a relatively recent reader.  I wouldn’t have known but perhaps this explains his enthusiasm and commitment.

Each time we meet we have struggled, together, to remember what we read last time (well, after a gap of a fortnight, who wouldn’t!), trying to get our heads back into who is who and what has happened, but before long we are all back into the story, riveted and focussed.  As the story has picked up pace, you can actually feel the tension in the room: we are literally on the edge of our seats.  This is a team effort without doubt: we are set on a common goal.  As we finished one week, D said as he stood up that he was quite stiff.  I think we had all been so engrossed that we had scarcely moved a muscle.

We try to balance keeping the story moving with giving weaker readers the time to figure out words.  It is heartening to see how encouraging they are of one another.  One of the great moments was when the weakest reader in the group described himself as being ‘sucked into’ the story, that he could really ‘see’ what was happening.  This, even though in the effort of reading his hands sweat so much he can barely hold the book.

I try to encourage a bit of discussion as we read, though the men are reticent, however on one occasion the main character’s persistent lying did move one man to exclaim: “she just needs to tell the truth!”.  We despair together!  The film of the book was recently shown on television, and they declared it ‘boring’ (one of the men actually fell asleep during it) and that it wasn’t anything like as good as the book.  In fact, they thought there was so much more to the book, and agreed that I did have a point after all about what a great pleasure reading is!

Girl on a Train has been a particularly challenging read, with different time frames and different protagonists, so we have to keep in our heads what a character knows, or doesn’t know, according to the timeline.  Mental agility a must!  They take great pride in this: I have heard them explain to prison officers how complex it is.  They were also determined to read a full length novel, not a short story: this book was absolutely their choice, all 400 pages.  What a testament to their perseverance, commitment and ability: 12 months on one book.  They deserve a medal. 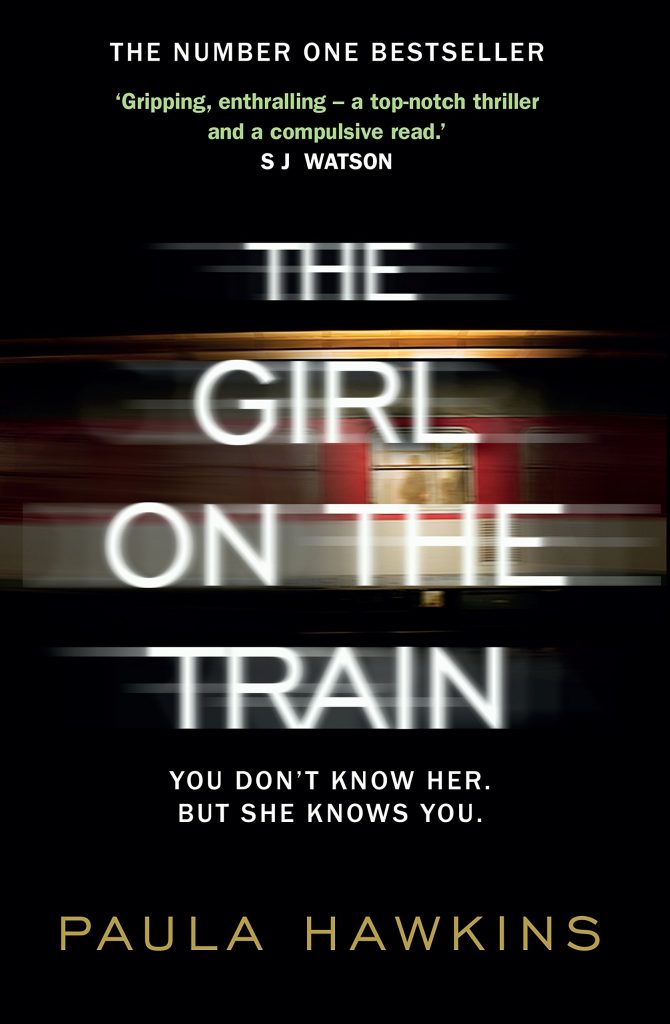