Featured in Inside Time in July 2019

The report this month comes from HMP Pentonville where Alex Manolatos has been running the reading group for over six years. Their most recent read was ‘The Invisible Man’ by H G Wells, first published in 1897.

Wells has been described as the ‘father of science fiction’ and his short novels explore a wide range of fascinating and terrifying possibilities: alien invasion in ‘The War of the Worlds’, time travel in ‘The Time Machine’ and biological engineering in ‘The Island of Dr Moreau’.

The ‘invisible man’ of the title is a scientist who has devoted himself to research into optics and has discovered a way to change his body’s
refractive index so it becomes invisible. The novel opens with his arrival as a mysterious stranger at the local inn of a small village in West Sussex. The stranger wears a long-sleeved, thick coat and gloves. His face is hidden entirely by bandages except for a fake pink nose and he wears a wide-brimmed hat. He is abrupt and unfriendly and demands to be left alone in his room, venturing out only at night. The book charts increasing and unexplained violence in the village and culminates in mob brutality and death.

“We discussed the practical difficulties of being invisible:
running around naked and cold being just one of the
problems.”

Alex was surprised at how much the men had enjoyed it. ‘I was convinced the group would find it slow and lacking excitement. But in the end I was the one in the lonely minority!’ And the result was a lively discussion with lots of speculation and laughter.

We discussed the practical difficulties of being invisible: running around naked and cold being just one of the problems. Or, if you wrap up warm, having to mask your invisible head in case you are approached by someone. And then, of course, we talked about the issue of eating, digestion and excretion, which made us all laugh.

The saying: ‘Be careful what you wish for’ was also discussed. Maybe Griffin thought he would have many advantages by becoming invisible – the idea of being undetected may have promised huge potential gains. But when it came to it, he was an isolated figure, unable to interact with others and ironically constantly hiding. It was the catalyst for the murderous intentions which became the one way to justify his invisibility.

This brought us to the subject of culpability: at what point are we culpable of a crime? Is it when we commit it or when we are caught? The answer is obvious but being undetectable may give us the notion that we are irreproachable.

The HMP Pentonville group meets once a month. The men read widely and ambitiously as choices over the last year show: 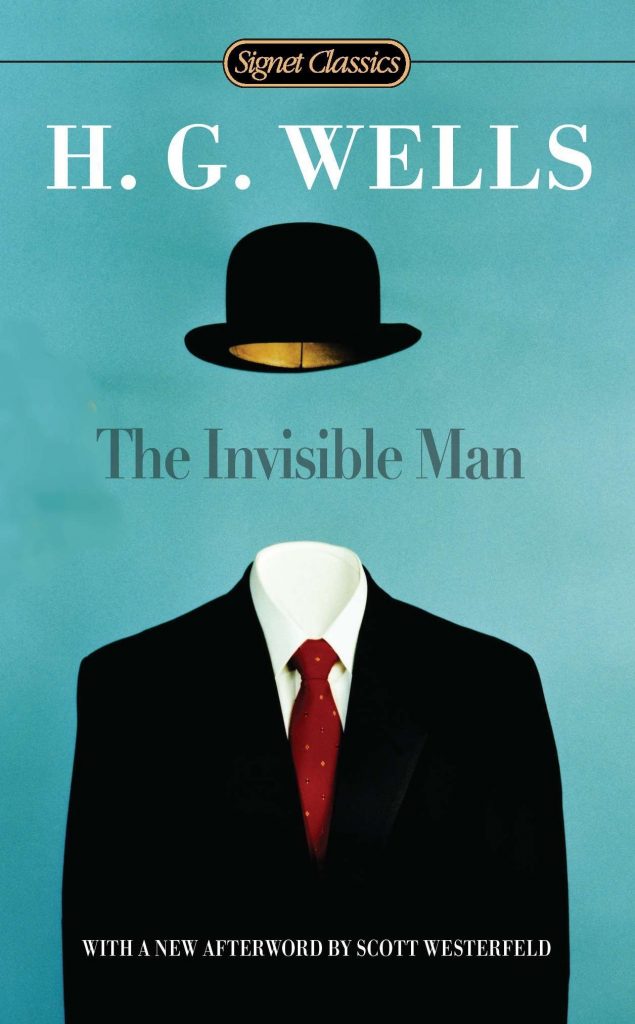