“A razor-sharp start for the new decade. O’Hara not well known and short stories sometimes flop in the group but almost everyone had really interesting things to say.  I had some published comments by critics but the group had pretty much covered the ground before we even looked at the handout.

Jamie (not an experienced reader, but getting into it and moving steadily from edge to centre) :

‘They were ok and the dialogue seemed real but they were a bit shifty, you couldn’t quite tell what the point was’

Mark wanted a sting in the tale, ‘I’m a Roald Dahl fan and kept hoping the next one would have the kick in it’.

‘Reading one after the other feels like a glut but maybe different if you’re just reading one in a magazine’; ‘and if they were first published in the New Yorker people would have recognised all the places and addresses’.

But Hugh suggested that reading them together gives you a kind of composite portrait of New York in the 1940s/50s and that struck a chord. Jonathan had his trial on his mind.  His comment ‘I didn’t really have the energy to invest in the characters’ got us talking about whether that might be true of all short stories. Piotr generally prefers non-fiction ‘but they gave me a lot of pleasure; they set the scene quickly and pulled me in’.

A great moment when one of the new men who’s only been there for 3 days asked about when he’d be able to get to the library. Another chap on his wing said straightaway, ‘I’ve got loads of book in my cell and you can help yourself.'”

Have a look at some other short story suggestions here. With thanks to Penguin Random House for supplying these books, and for their ongoing support. 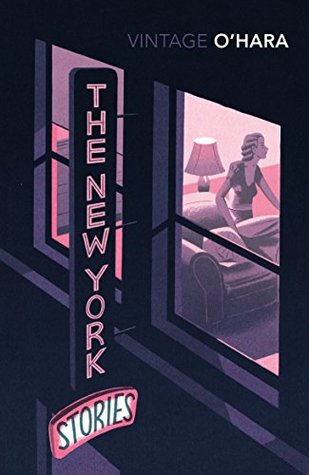