“A very in-depth and interesting conversation was had with contributions from all participants. This was very encouraging as it was our first classic book.

Most of the group coped well with the political, psychological and more complex aspects of the book. The book was provocative and complicated.

Is Winston consistent in his actions? Is he a fully developed character? How? Why?

The group was split over whether Winston was consistent. His sudden trust of O’Brien was in sharp contrast to his earlier careful and considered actions. Others explained his actions as a new ability to trust having met Julia and realising there were many likeminded people. His relief at finding others who had the same concerns and beliefs of himself was evident. He had been “like a pressure cooker ready to explode”. One group member thought he was bored of the daily routines, relentless work and mundane existence. Some felt he needed an outlet for his rebellion.

Many liked Julia. They found her colourful, likable and infectious. Some felt her fickle, happy to go along with things without question. A little feckless.

Does the story end the way you expected? How? Why?

Many were surprised by the unhappy and sad ending. There was nothing really redeeming about it, apart from the fact he may have found some peace, even if it was a lie. At times there was a hint of colour, in the blossoming relationship between Julia and Winston. This however was again crushed at the end.

Would you recommend this novel to a friend?

Yes, almost all would. Some looked forward to reading his other books including “Animal Farm”

How is technology used by Big Brother and the Party? Does it remind you of any current technological issues?

The Big Brother theme was noted as being evident throughout contemporary life. On the TV, newspapers, internet and new technologies such as “Alexa”. The group felt we undergo more surveillance and are more accepting at giving ourselves and our information over to it. Many felt there was no equal society.

What warnings can we take from Orwell’s novel?

The group agreed the rewriting of history and emergence of fake news were a warning of how information is power and those who control it have power.”

With thanks to Penguin Random House for supplying these books. Have a look at some popular reading group choices here. 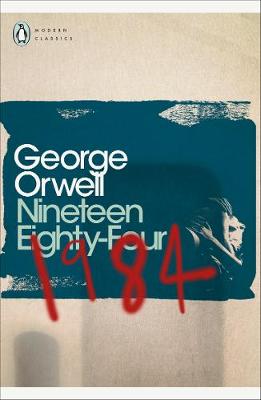