The world of graphic books is huge: from comic book super-heroes to politics and memoirs. What they all have in common is a form in which the pictures are as important as the words.

‘Every now and then I noticed the artwork doing something clever that couldn’t be done with just words, and I liked how much emotion was in the very simple drawings of people’s faces. The space between panels in comics is called ‘the gutter’ and I always find it interesting how much your own imagination fills in the gaps.’ A reader at HMP Ashfield

Here’s a brief look at some of the sub-genres and big names. Your library may not have all (or even any) of these titles but it’s almost certain to have a stock of graphic form books to get you started.

Alan Moore: Moore wrote Batman and Superman strips for DC Comics before creating his own character in Swamp Thing. Other original work includes The League of Extraordinary Gentlemen, V for Vendetta and Watchmen, his study of flawed superheroes plagued by doubts and personal demons.

Neil Gaiman: For many readers the Sandman series are his greatest graphic novels. The central character is Dream, one of the seven Endless: Dream, Destiny, Death, Desire, Despair, Delirium and Destruction.

Jed Mercurio: Mercurio is best known as a scriptwriter for tv series including Bodyguard and Line of Duty. His first graphic novel is Sleeper, co-written with Prasanna Puwanarajah and published this year. It’s a rollercoaster combination of Conspiracy thriller and Western sent into outer space orbit.

Emily Carroll: Through the Woods is a collection of five mysterious, spine-tingling stories that follow journeys into (and out of?) the eerie abyss.

Pyongyang: A Journey in North Korea: cartoonist Guy Delisle’s exploration of the secretive and brutal world of the ‘Axis of Evil.’

Palestine: Joe Sacco combines eyewitness reportage and comic-book storytelling to explore the experience of Palestinians in Gaza and the West Bank.

Maus: Art Spiegelman’s account of his father’s experiences as a Polish Jew and Holocaust survivor. In the book Nazis are drawn as cats, Jews as mice and Poles as pigs. Persepolis: Marjane Satrapi’s story of growing up in Iran after the overthrow of the Shah by the Islamic Revolution, and then her lone move as a teenager to Vienna.

Sabrina: a graphic novel by Nick Draso that starts with the murder of a young woman and explores the way it gives rise to conspiracy theories and lies through the internet and social media.

There are graphic versions of many famous novels and plays, including: To Kill a Mockingbird, adapted and illustrated by Fred Fordham. Frankenstein, Mary Shelley’s original words with illustrations by Declan Shalvey. Shakespeare’s plays in series such as Classical Comics, Shakespeare Graphics and No Fear Shakespeare

If your library is open, check out the graphic form shelves yourself. Or if your prison has a request and delivery service, ask for a writer or a sub-genre like the ones above. Or just put in a request for ‘a graphic form book’. 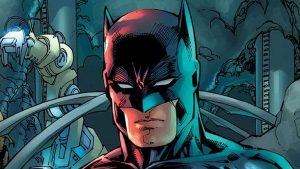