Featured in Inside Time in March 2020.

Reports from two groups this month: Maidstone on The Chimp Paradox by Prof Steve Peters and views from High Down about Roald Dahl’s Going Solo.

The full title of Steve Peters’ book makes bold claims: The Chimp Paradox: The Mind Management Programme for Confidence, Success and Happiness. He is a consultant psychiatrist who has worked closely with the British cycling team and is described by Victoria Pendleton as ‘the most important person in my career’. After the 2012 Olympics he was appointed by UK Athletics to work with high performance athletes across the range. He has also advised Liverpool FC and the England team.

Each chapter of the book explains different aspects of the way we think and how to use this understanding to increase confidence, reduce anxiety and feel more in control of your emotions. It also includes mental exercises to re-inforce the techniques he suggests.

According to Peters our psychological make-up has three components: the Chimp, the Human and the Computer. The Chimp is our instinctual self and is quick to receive and act on stimuli with flight, fight or freeze responses. This speed is a great asset but decisions and actions also need input from our Human component which brings rationality and judgement. The combination produces the best outcomes but these need to be reinforced with practice so they become ‘mindsets’ wired into the Computer part of our brain.

The Maidstone group loved it and were full of high praise. ‘The focus on thinking skills and how to manage your actions – amazing!’ ‘One of the most insightful books I’ve ever read’, ‘I recommend it to the world!’ There was a general feeling that the book has the power to help prisoners change their lives and one member went even further:

‘Everyone inside should read The Chimp Paradox, discuss it and then have their sentence reduced by a day. It really encourages prisoners to read and reflect, such a life-changing book’

Something completely different at High Down. Most of us know Roald Dahl as the author of brilliant children’s books: Charlie and the Chocolate Factory, Matilda, The Witches, The Twits – and many more. He also wrote about his own extraordinary life. Going Solo is the second part of his life story, following on from Boy and tracing his adventures in Africa and as an RAF fighter pilot in the Second World War.

The group enjoyed the vivid descriptions of dog-fights in the air and managing to escape despite the danger. Dahl writes of his frustration at superior officers whose bad decisions put pilots and planes at risk, and one member talked about his own experience of ‘lions led by donkeys’ in the Royal Canadian Airforce.

For the second part of the session the group looked at poems. First Louis MacNeice’s ‘Prayer Before Birth’. He wrote it during the Second World War and in the voice of an unborn child in the womb. It presents a terrifying world from the perspective of the most helpless being imaginable. The poem struck a chord and members teased out the possibilities of tricky bits:

I am not yet born; rehearse me. In the parts I must play and the cues I must take when old men lecture me, bureaucrats hector me, mountains frown at me, lovers laugh at me… Let them not make me a stone and let them not spill me. Otherwise kill me.

Why ‘bureaucrats hector me’? Perhaps the feeling that unless the speaker can exercise some individuality and integrity, and unless there’s some hope in the world, he might as well be killed before he’s born.

To finish it was back to Roald Dahl and the rollicking ‘Television’, a brilliant protest against the mind-numbing effects on children of tv, ‘That nauseating, foul, unclean/Repulsive television screen’. This rang a bell for members trying to read in cramped shared cells and everyone enjoyed the celebration of books instead:

Such wondrous, fine, fantastic tales
Of dragons, gypsies, queens, and whales
And treasure isles, and distant shores
Where smugglers rowed with muffled oars,
And pirates wearing purple pants,
And sailing ships and elephants,
And cannibals crouching ’round the pot,
Stirring away at something hot.
(It smells so good, what can it be?
Good gracious, it’s Penelope.) 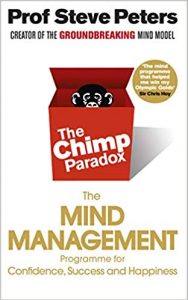